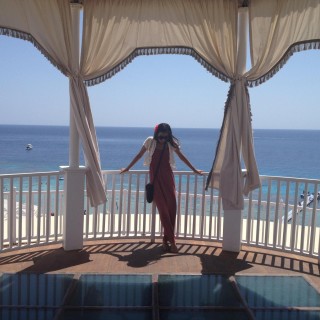 My brother and sister in law had invited the family to my gorgeous little nieces Aqeeqah party this weekend. (Aqeeqah involves sacrificing a goat or lamb on behalf of the child. It is giving thanks to Allah for the gift of a child. The meat is distributed to the poor, or it can be used to arrange a feast to which the poor as well as relatives and friends are invited). She had already told me a few weeks in advance that she wanted me to make some simple cupcakes as part of the dessert.

As I had practised cupcakes a bit already I decided simple would not do, I wanted to try my best to make them as nice as possible. Soooo I ordered some beautiful baby girl toppers, edible roses, cake boxes and cupcake cases. I also decided to make cake pops at the last minute as after my first attempt my sister in law liked the idea and asked for these too.

I stated on the cake pops on thurs to save me working the whole day baking on the Friday. Fortunately the turned out round like cake pops are supposed to! I coated half in white chocolate and then dyed the rest pink and coated half in pink chocolate

I won’t go into too much detail but after some frustrations, mess and hours later I produced these as the end result 🙂

These I packed away in an airtight container to save till Saturday. The next day was when the work really started….
I started on the cupcakes late morning with the help of my trusty sidekick Saq. We had 48 cupcakes to make so whilst I baked the cupcakes, Saq offered to make the icing and colour them baby pink and hot pink to do with the days theme.

(if you look closely Saq has his tongue out in concentration, cute!)

Once the cupcakes had cooled we stated on the icing! I iced in roses and swirls to keep the simplicity style and Saq mixed the two colours together in a piping bag for me to get the two tone effect on some roses.

I then made some flowers using different flower shaped cutters in hot pink icing topped with edible pearls. I also cut out baby’s name to top some cupcakes in too. The rest I topped using the baby toppers I had ordered. They looked soooo pretty once finished.

For the last batch I rolled out icing and cut using a circle cutter. I used texture mats for the background effects and had a baby face and feet mould. I used skin coloured icing in the mould and popped out cute edible feet and faces. I used icing pens to add detail, these were my favourite of all and took the longest to do 🙂 phew…!

It took me almost 4 hours to complete these (yeh I know, wouldn’t think it’s take that long right??) and I was pooped by the end of it. On the day of the Aqeeqah I woke up feeling pretty rubbish so rested most of the morning and afternoon in bed popping pills. I finally felt a little better and got ready to go. It was nice dressing up after ages as its funny how making yourself up can make you feel good too.

We picked up my brother, sis in law and baby A and took them to the restaurant where a private room had been hired. Soon after sis in laws family, my family and my brothers friends arrived. Whilst they were coming in me and my sister in law set up the dessert table ok one side of the room. By the time we were finished it look sooooo amazing! My sis in law had not seen any of the cupcakes up until this point as I wanted to surprise her and she definitely was! She showed her appreciation by giving me a biiiiiig hug. (Some photos taken by lil sis N).

Everyone commented on how pretty the table looked as they came in but for me not as pretty as the star of the show. Baby A looked gorgeous in a mint dress and was showed off to everyone. All the guests looked pretty and colourful and the children ran around making lots of noise and having fun. Although they weren’t allowed the cupcakes until later the children did mostly take the pink chocolate coins I had brought to scatter on the table 🙂

The babies of the family were spoilt with his and kisses and passed around for all to coo over. Overall the party was a success with plenty of good food and fun. I wish I could have enjoyed it more without having felt as ill as I did. Once the new parents and baby had cut the big cake dessert was on! The cake pops disappeared into little mouths and the cupcakes were dished out, I was really glad to hear people saying how nice they were which made all the hard work worth it.

Once the guests had gone we packed what was left to take home. I spent a little while at my mums before heading home. Unfortunately as much as I tried to deny I felt sick by the time I got home I’m sure I looked like a zombie. I literally crawled into bed in hot tears and dragon breath as a fever descended as my lovely husband looked after me. All I know was a hot water bottle appeared on my icy feet and some medicine was poured down my neck to soothe my throat and banging head. I didn’t get much of a sleep but having been looked after so well by Amir I know feel heaps better. I hope it stays like this now cos I hate feeling sickly I don’t handle it well at all. I plan to spend the rest of the day in bed as I have work tomorrow and have no intention of being poorly.

I hope baby A and her mum and dad had a good time like the rest of us, this is the start of many more happy times to come 🙂 x

The latest news on WordPress.com and the WordPress community.

The latest news on WordPress.com and the WordPress community.